From US Armed Forces Rugby
Jump to: navigation, search

The Interallied Games, an Olympic-type athletic competition held in Paris, France, in June and July, 1919, represented the climactic event in an extensive sports program sponsored by the American Expeditionary Forces (A.E.F.) for troops stationed in Europe after the end of fighting in World War I. Sports, aside from providing obvious physical conditioning benefits, were also seen as a palliative for the tedium of non-combat duty and as a release for pent-up energies and potential conflicts in the highly heterogeneous armies. The Games involved teams and/or individuals from eighteen of the twenty-nine nations originally invited to compete. Altogether some 1500 athletes took part in the Games, which were staged not only in a new stadium built outside Paris especially for them, but also in several other locations in the greater Paris metropolitan area. The YMCA picked up most of the expenses for the Games, and U.S. Army personnel finished the construction of Pershing stadium, as it was called, after a strike prevented the French contractor from fulfilling his contract. All told, Inter-Allied Games were quite an ambitious undertaking which should certainly have left their mark both on the maintenance of diplomatic harmony among the allied nations and on the revival of the modern Olympic movement, which resumed the next year in Antwerp.

The evidence, however, reveals that the Inter-Allied Games, for all their size and good intentions, had no discernable effect on either diplomacy or the Olympics, and remain for us, as historians of sport, as little more than a big track meet held in Paris during the summer of 1919.

The reasons for this lack of lasting significance include bad luck in timing. Organizers of the games had no way of knowing that the Treaty of Versailles, formally ending World War I, would be signed about midway through the competition. The magnitude of this historic event naturally drove most other news out of the papers.

Another blow to coverage of the Inter-Allied Games was the heavyweight title fight between Jess Willard and Jack Dempsey, held in Toledo on July 4, the first major title bout in four years. This fight dominated sports news in the United States and Europe. Another major reason for poor press reporting of the Inter-Allied Games may have been total American domination of the competition. Many American papers may simply have come to regard the Games as little more than a continuation of the A.E.F. competition, not worthy of a great deal of attention.

In the final analysis, the significance of the Inter-Allied Games may have been the positive boost they gave to Franco-American relations. The French were gracious in their acceptance of Pershing Stadium, deeded over to them after the Games. Even here, though, success was limited. Sport in 1919 could not transcend its own level, and Franco-American relations in the political, economic, and diplomatic arenas moved ahead into the 1920s without a great deal of cordiality. (JOHN FINDLING, Indiana University, Southeast, New Albany, Indiana 47150) 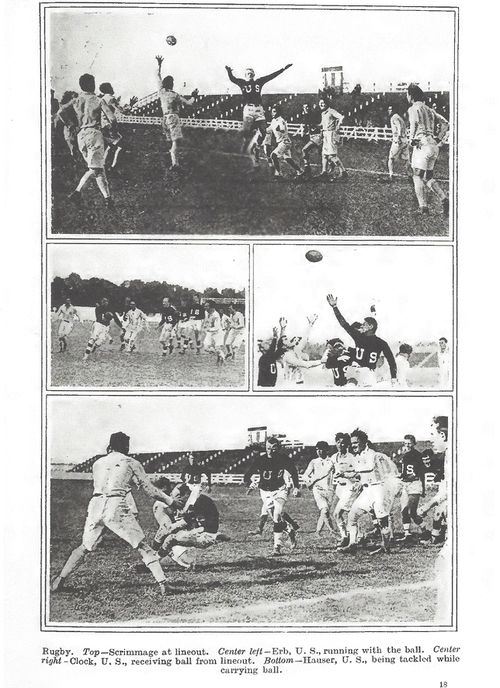